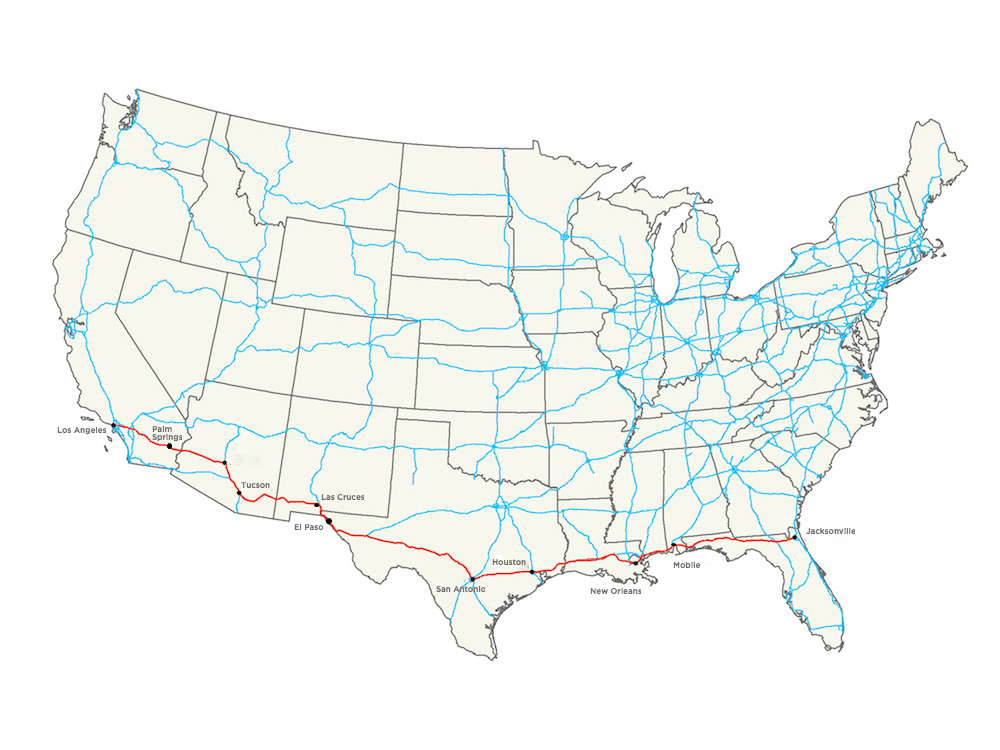 The Manifest Destiny Billboard Project was a series of artist-produced billboards and activations that unfolded along Interstate 10 Freeway from Florida to California through June 2015.

Using 100 billboards total, 10 artists created “chapters” along I-10, each a unique interpretive link to the exhibition thematic. The billboards moved through and punctuated the landscape by tracing territorial expansion from east to west, along one of the country’s busiest freeways, and concluded in Los Angeles. The billboards were activated through various events, programs, and social media outlets for dialogue and interaction with local communities.

The project was conceived by artist Zoe Crosher and was co-curated by the artist and LAND’s Director and Curator, Shamim M. Momin. Using the concept of Manifest Destiny – America’s territorial expansion across North America – the artists explored this problematic and layered history. Crosher writes, “The intention was to give a physicalized reminder of this extraordinarily influential (and often times destructive) 19th century belief which unabashedly dictated the expansion west, that still dictates our movement west, and to gently place/implicate/remind the people unknowingly participating in that landscape along the way.” Momin adds, “By physically moving through and mapping the very landscape that has been so fantasized, dreamed about, and capitalized upon in a breadth of positive and negative ways, the artists had the opportunity to address their work to the idea in a variety of ways – opaque or direct, tangential or political, macro and micro.”

Steffie Nelson, On a Dark Desert Highway: The Manifest Destiny Billboard Project, East of Borneo, May 27, 2015

Dawn Chan, All Across America, Artists Are Taking Over Billboards, T Magazine, August 18, 2014

Bill Davenport, A rose is a rose is a….billboard? Stein texts to caption Houston freeways this summer, Glasstire, June 23, 2014

Charles Davis, How The Sunset Strip Went To Shit, Vice Magazine, May 7, 2014