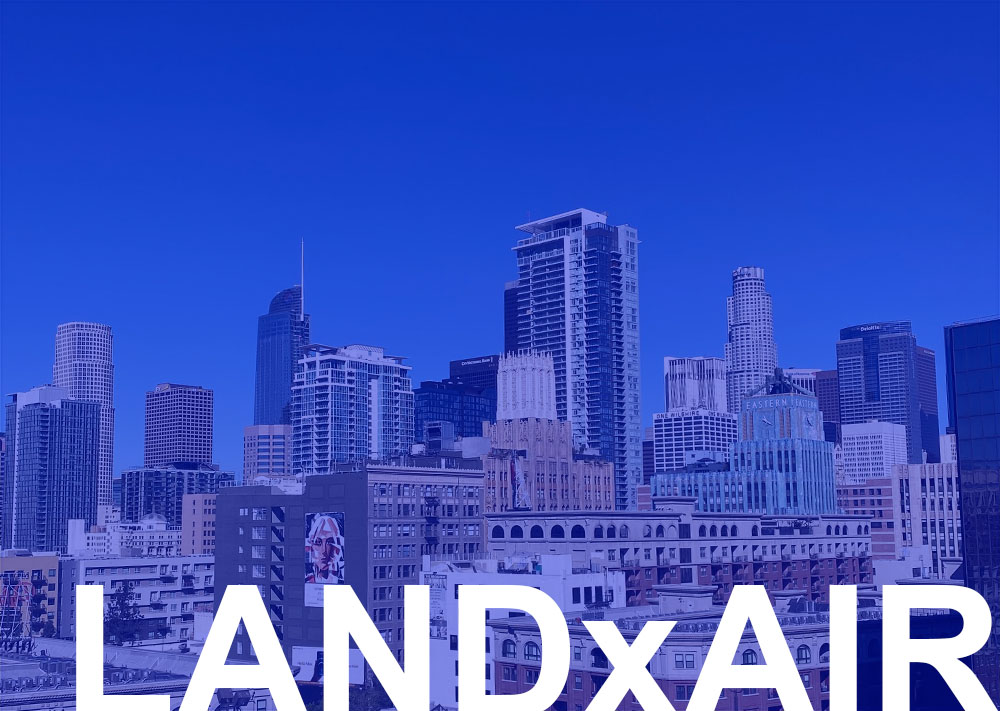 LAND is pleased to announce the second iteration of LANDxAIR, our itinerant Artist in Residence Program. In keeping with the goals of LAND’s programming, the residency promotes site-specific inquiry and public engagement. LANDxAIR facilitates collaboration amongst hosting institutions, LAND’s curatorial team, varied resources and networks, allowing artists to explore new modes of creation.

For this iteration of LANDxAIR, LAND is hosting an open call for 4 Los Angeles-based artists. Artists can conduct their residency within their existing studio and/or have access to Werkartz’s 7,000 square foot exhibition space located in the Downtown Los Angeles Fashion District. Residencies can take place over a period of 2-4 weeks. Artists will receive a $1,000 honorarium along with support from LAND’s curatorial team. Artists will be asked to document their residency through social media and possible virtual public programs.

Arielle Baptiste Bapari (aka Arielle Baptiste) is a Haitian-American musician, producer and DJ. She has released music with Popcan Records, Mollyhouse records, Chroma NY, XXIII and Internet Friends. In addition to producing for a number of recording artists, Bapari is set to release her debut solo EP this spring. She’s headlined Boiler Room LA, played Melting Point & Papi Juice in New York, as well as numerous parties across the USA. Bapari DJs and hosts the monthly show Puffy on NTS radio and last year served as the tour DJ for Steve Lacy. Her musical style explores electronic experimentation by fusing cinematics, the avant-garde and dance music elements to create anywhere from unique underground club music to genre-bending sonic landscapes. She formerly played drums in the punk band F U Pay Us, as well as soccer for the Haitian national team.

Panteha Abareshi My work is rooted in my existence as a chronically ill/disabled body existing with multiple medical illnesses, at the root of which is sickle cell zero beta thalassemia- a genetic blood disorder that causes debilitating pain, and bodily deterioration that both increase with age. Through my work, I aim to discuss the complexities of living within a body that is highly monitored, constantly examined, and made to feel like a specimen. Taking images that are recognizable as “human” forms, and reducing them to the gestural is a juxtaposition of my own body’s objectification, and dissection. Through my performance work, I pushed my body to, and often beyond, the limits of its ability. The radicalized abjectification of my own corporeal form allows for a continued examination of my bodily deterioration, and its connection to a larger context of universal fragility fear, pain and mortality. In my video work and installations, I aim to make the viewer hyper-aware of their own body, and actively employ accessibility as a tool, both withholding and over-extending it as a means of casting light onto the ill/disabled experience. With every piece, my practice traces and documents my body’s malfunction, and its disintegration. With this deterioration comes implantation of medical devices, prosthetics, and the use of mobility aids. My body is the primary material and medium in my practice, and these materials become vital to the visual language of my work. Currently, I am contemplating the prosthesis, and simultaneous abstraction and mechanization of the fundamentally inorganic “body.”

Emily Barker is a paraplegic and chronically ill artist, designer, and advocate for people with disabilities. They’ve given artist talks at UCLA, The Royal Academy of the Arts in London, and several other schools about their most recent show Built to Scale a solo exhibition at Murmurs Gallery in Downtown Los Angeles that explored how to design standards physically perpetuate, embody and replicate the structural prejudices of society towards people considered “abnormal,” “divergent,” or “abject”. People who physically deviate from societally created norms have little space built that includes them. The exhibition was published in Cultured, Flaunt, Art Viewer, Medium among many others. They studied at RISD and SAIC while able-bodied and after an accident had found higher education to be so inaccessible that the segregation that exists for wheelchair users and the chronically ill must be repaired so that they may have the basic human rights of access and same opportunities as the able-bodied or able passing communities.

Julia Tcharfas Julia Tcharfas (born 1982, Donetsk, Ukraine) is an artist based in Los Angeles. Her research draws on materials from modern scientific and technological folklore and takes the form of archives and exhibitions. Tcharfas is the founder of Before Present project space in Pasadena and has recently exhibited work in Magic Hour, Twentynine Palms; the Swiss Institute, New York; Project 1049, Gstaad; Transformation Marathon, Serpentine Gallery, London. A profile about her practice has been featured in the Swiss Institute’s SI: Visions video series.