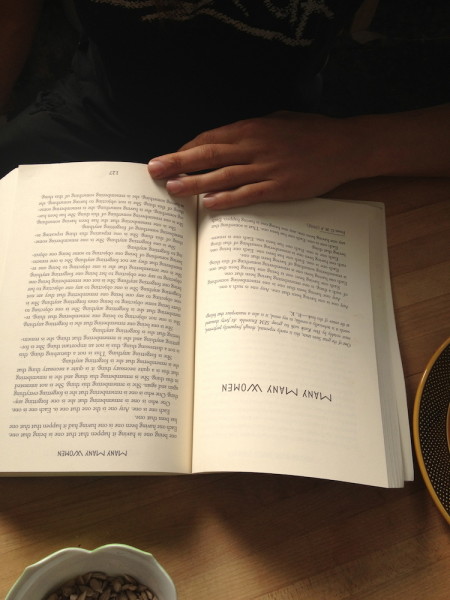 Nomadic Nights: Many Many Women

This Nomadic Nights reading and screening was presented in conjunction with The Manifest Destiny Billboard Project: a series of artist-produced billboards and activations that will unfold along Interstate 10 Freeway from Florida to California through spring 2015. Fowler’s chapter of billboards, it is so, is it so – launched in Houston, TX on June 21, 2014 – expands upon a body of work she began in 2010, in which she reproduces excerpts of text from seminal 20th century author Gertrude Stein’s Tender Buttons.

About Nomadic Nights:
Nomadic Nights are salon-style events, in roaming locations throughout the country, which reflect the diverse ways in which contemporary artists engage and present visual culture. As a departure from conventional formats, Nomadic Nights invites artists to present work, performances, and ideas that comprise the constellation of influences informing the overall creative practice.

About ONE Archives:
ONE National Gay & Lesbian Archives at the USC Libraries is the largest repository of Lesbian, Gay, Bisexual, Transgender, Queer (LGBTQ) materials in the world. Founded in 1952, ONE Archives currently houses over two million archival items including periodicals, books, film, video and audio recordings, photographs, artworks, organizational records, and personal papers. ONE Archives has been a part of the University of Southern California Libraries since 2010 and is supported by the ONE Archives Foundation, an independent non-profit and the oldest active LGBTQ organization in the United States. More on the collections at ONE, as well as public programs and exhibitions, at http://one.usc.edu/.