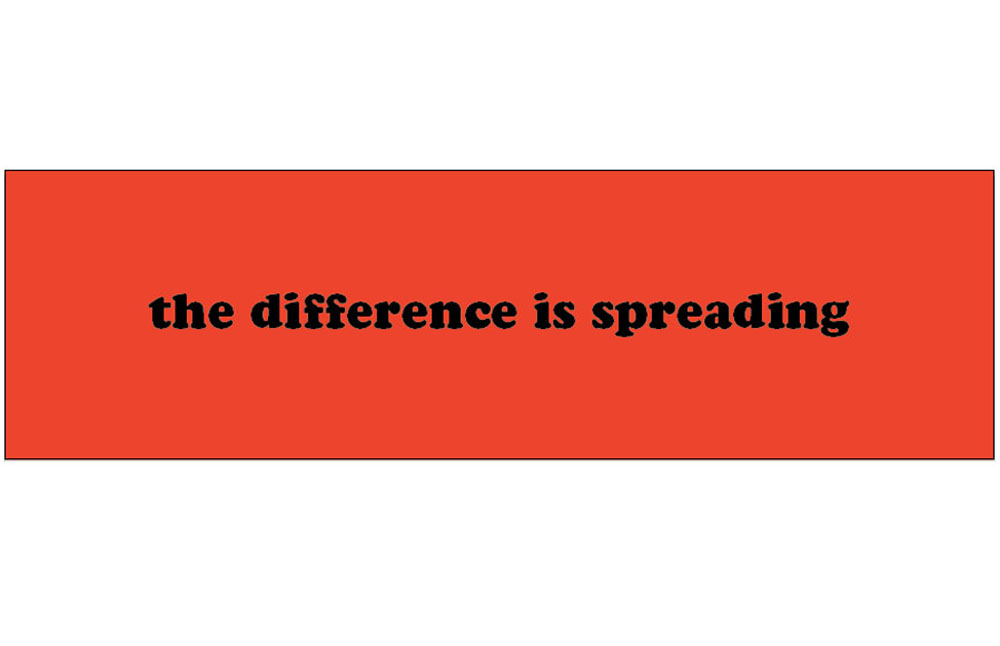 LAND (Los Angeles Nomadic Division) presented the fourth chapter of billboards as part of The Manifest Destiny Billboard Project, featuring the work of Eve Fowler in Houston, TX from June 21st to July 2014. A reading of Gertrude Stein texts by Dean Daderko and Rosine Kouamen was held at The Brandon (1709 Westheimer Road Houston, Texas 77098) at 6pm, with a reception following until 8pm on Saturday, June 21, 2014.

Eve Fowler’s chapter of The Manifest Destiny Billboard Project, entitled it is so, is it so, depicted excerpts of text from Bee Time Vine and Tender Buttons by seminal 20th century author Gertrude Stein. Fowler began sourcing Stein’s texts in her work in 2010 and has evolved this body of work in various iterations, including a series of posters with Stein quotes displayed on public streets in Los Angeles. Fowler states, “I’m interested in the multiple reads a viewer could have seeing this text in public. I’m also interested in making something that is accessible to everyone, or at least a very broad audience. I see this language as queer, in both senses of the word, but I think it is open-ended and could be interpreted in various ways.” By isolating these quotes from their original context and reproducing them on a large scale, Fowler poetically introduced them into a dialogue with the Texas landscape. As residents and travelers move throughout their day, they encountered Stein quotes such as, ”in the morning there is meaning”, “In the evening there is feeling.” and “How sweet are suns and suns. And the season. The sea or the season, and the roads.” The open-ended gestures lured travelers westward and encouraged them to pause and contemplate their space, existence, and destiny.

In addition to the billboards, free lending libraries in truck stops, hardware stores, and coffee shops featured Modernist literature to borrow or take that related to the quotations on the billboards and to Stein’s life. The majority of the books in the lending libraries were written by Stein’s contemporaries, such as Virginia Woolf, Oscar Wilde, Thomas Mann, and Truman Capote. Each of these texts subtly explored gender identity, a crux of Fowler’s practice as an artist.

it is so, is it so #LANDMD Opening Reception and Reading

Eve Fowler and Shamim Momin participated in the conversation Into the Wild: Itinerant Art Practices, as part of the CounterCurrent Festival presented by the University of Houston Cynthia Woods Mitchell Center for the Arts
Saturday, April 12, 2014