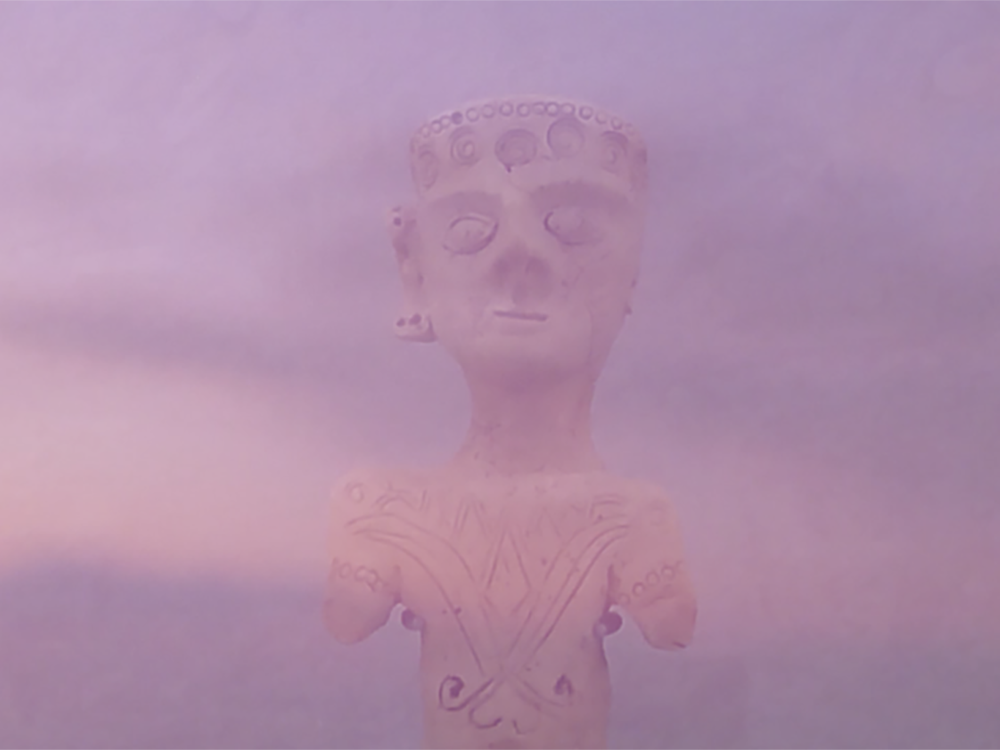 Gatherings is an invitation to reimagine how knowledge is held and shared in service of communal forms of wellbeing. Gatherings asks, “How can we reclaim our origin stories and matrilineal legacies to create new arteries of connection?” Following the present calls to reimagine civic space and ways of gathering, Gatherings constellates artists who weld ritual, myth, ancestral knowledge, and/or communal practices to navigate and reimagine the world. Gatherings was birthed from the Los Angeles State Historic Park, known colloquially as the “Cradle of LA” for its origins of the Zanja Madre, the mother ditch which supplied water and early infrastructure enabling the development of Los Angeles. Gatherings is presented as a series of public installations, performances, collaborations, and offerings, the evolving nature reflective of the organic ways in which constellations of care are formed. Previous chapters included presentations of artists Chris Emile, Kathryn Garcia, veronique d’entremont, and iris yirei hu in collaborations with the late Tongva elder Julia Bogany and Tongva poet Megan Dorame.

Gatherings originated by way of an invitation to participate in the Feminist Art Coalition, a national initiative of concurrent programming in 2020, that took feminist thought and practice as its point of departure and considers art as a catalyst for discourse and civic engagement.

Gatherings is presented with support from the Pasadena Art Alliance and WE RISE, an initiative of the Los Angeles County Department of Mental Health.