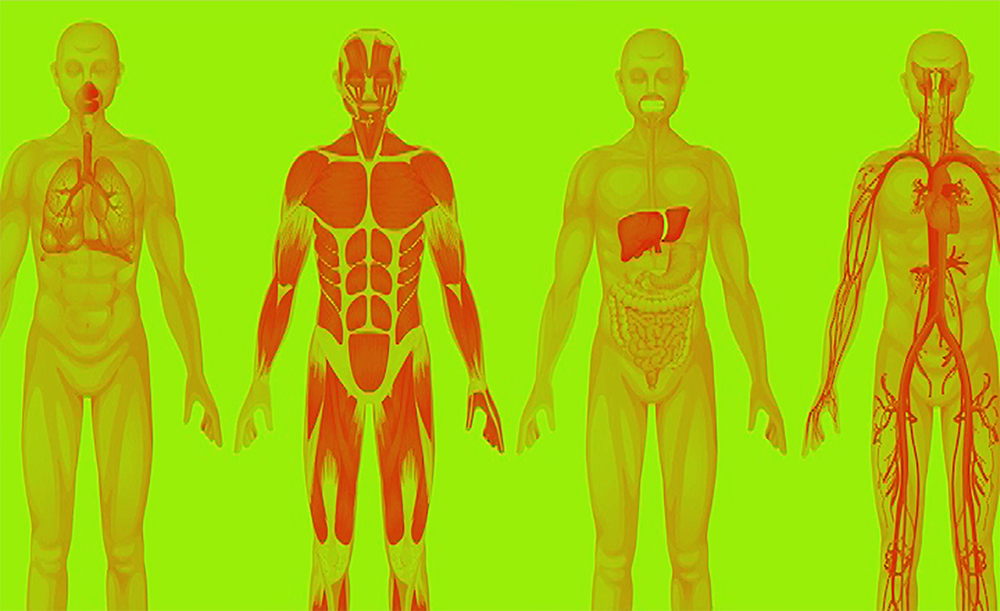 Episode 1 of Future Continuous: Present Stream includes interviews with writer, urbanist, and media historian Norman M. Klein, artists Miljohn Ruperto and Candice Lin, and neurobiologist Jason Shepherd. By considering current upheavals through the lens of science fiction such as Ridley Scott’s Blade Runner (1982) and Edward Bellamy’s novel Looking Backward 2000-1887 (1888), the episode’s prologue considers the future of downtown Los Angeles’s Bradbury Building by way of its history. “Viral Memory” then examines speculations around an ancient virus linked to memory in the brain’s genetic structure, the sibling relationship between infection and possession, and our estrangement from the intimacy of other species that share our bodies. Video works excerpted in Episode 1 include Ordinal SW/NE (2017) by Miljohn Ruperto and Rini Yun Keagy and Toxic Semiotics (2020) by Candice Lin.

David Matorin is an award-winning writer, documentarian and arts journalist based in Los Angeles. His projects for outlets including Arte, Thomson Reuters, The Intercept/Field of Vision and Janus Films have garnered Webby, Oscar and Independent Spirit awards and nominations. His writing for publications such as Art in America, WSJ, Flash Art, Bomb Magazine and Truthdig have earned him accolades from the Los Angeles Press Club. He has worked with foundations and non-profits including The James Irvine Foundation, The Robert Wood Johnson Foundation, and The Southern Poverty Law Center. Previously based in New York City, his work is focused on the moving image in culture. He teaches at USC’s Annenberg School of Journalism.

Norman M. Klein is a critic, urban and media historian, and novelist.  His books include: The History of Forgetting: Los Angeles and the Erasure of Memory; Seven Minutes: The Life and Death of the American Animated Cartoon; The Vatican to Vegas: The History of Special Effects; Freud in Coney Island and Other Tales; and the database novel Bleeding Through: Layers of Los Angeles, 1920-86. He is currently completing an interactive historical science fiction novel titled The Imaginary Twentieth Century. His essays have appeared in anthologies, museum catalogs, newspapers, scholarly journals, and on the web. They are symptoms of a polymath’s career, ranging from European cultural history to animation and architectural studies, from special effects to cinema and digital theory, to LA studies, fiction, media design and documentary film. His work (including museum shows) has centered on the relationship between collective memory and power in urban spaces; the thin line between fact and fiction; and erasure, forgetting, scripted spaces, and the social imaginary.

Miljohn Ruperto (b.1971 Manila, Philippines) lives and works in Los Angeles, USA Ruperto mainly works with video, film, photography, and performance to map the conditions that bring about our conception of nature and history: e.g. historiography, the history of nature, and the nature of nature. Recent shows include the 2019 Singapore Biennial, Singapore, The Second Industrial Art Biennial, Croatia (2018); The Renaissance Society, Chicago (2018); and the Hammer Museum, Los Angeles (2018).

Jason Shepherd is an Associate Professor in the Department of Neurobiology and holds the Jon M. Huntsman Presidential Chair at the University of Utah. He obtained his BSc (Hons) at the University of Otago in New Zealand, his Ph.D. at the Johns Hopkins School of Medicine and postdoctoral training at the Massachusetts Institute of Technology. He is the recipient of the Peter and Patricia Gruber International Research Award in Neuroscience, the International Society for Neurochemistry Young Investigator Award, the Chan Zuckerberg Initiative Ben Barres Early Career Acceleration Award, the NIH Director’s Transformative Research Award, and is a National Academy of Sciences Kavli Fellow.

Future Continuous: Present Stream is made possible with support from the Wilhelm Family Foundation and the City of Los Angeles Department of Cultural Affairs.

Back to Future Continuous: Present Stream