The Manifest Destiny Billboard Project is part of the Art Basel Crowdfunding Initiative on Kickstarter! 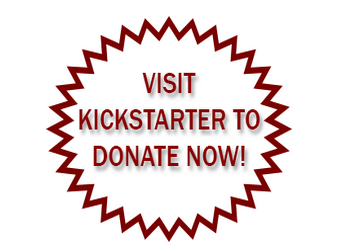 About the Culminating City-Wide Exhibition:

To mark the culmination of the 20-month and 2,415-mile cross-country project,  The Manifest Destiny Billboard Project, LAND will present a weekend exhibition of artist-curated programs in June 2015. Venues and organizations throughout Los Angeles will collaborate on programming to share each of the 10 artists’ projects, along with new activations and events, to explore the complex thematic of Manifest Destiny, and its repercussions in Los Angeles. This weekend-long exhibition will take place at various locations throughout Los Angeles, and all will be free and open to the public. LAND is committed to producing this ambitious weekend of events, and will engage local communities in this critical exploration of American cultures and westward mythology. This Kickstarter campaign is critical to the success of the exhibition overall.

About the Art Basel Crowdfunding Initiative:

Art Basel and Kickstarter have partnered to catalyze much-needed support for outstanding non-commercial art projects. This new initiative presents jury-selected art projects to a global community of potential benefactors, including Art Basel’s audience and Kickstarter’s community, who have pledged over $1 billion to creative projects. The goal is to support non-profit visual arts organizations, at a time when public funding for the arts has been dwindling, by sharing their stories, generating contributions, and reaching out to new audiences.