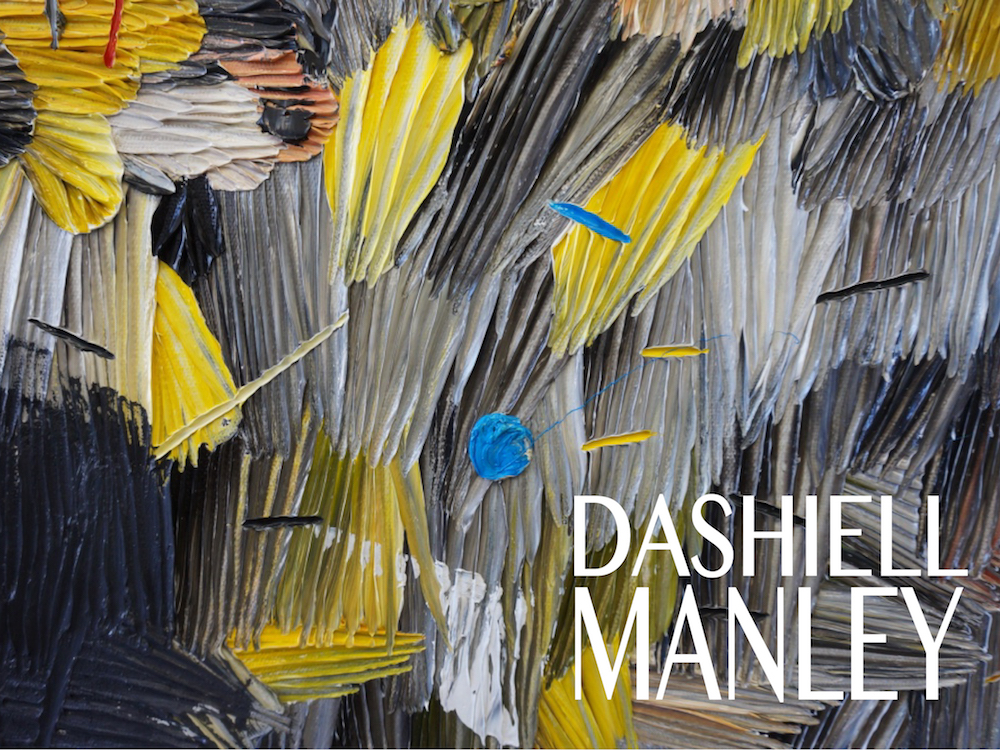 The works commissioned for LAND are a stepping stone in the greater evolution of Manley’s Elegy for Whatever paintings: a series of works that continue his meditations on our times. The media has increasingly filled the artist with an overwhelming sense of anxiety; the Elegy paintings allow Manley to process disturbing international events and to find a personal form of conflict resolution. Manley uses very little brushwork in these pieces. Visible instead are “puncture dashes” that came out of that aforementioned anxiety–the slashes are notations that Manley used to remind himself of areas that he wanted to revisit. The paintings are an opportunity to reflect on previous iterations studying concepts of pre-textural forms of communication, and the history of text in painting and figurative movement. Manley’s vertical application of paint echoes Japanese 19th century Edo woodblock prints whose often “impossible” perspectives suggest a mental exercise or frame of mind worth emulating.

Dashiell Manley’s (b.1983, Fontana, CA) work has been featured in exhibitions in São Paulo, Sydney, Torino, Vienna, Austin, and New York. His work is in the public collections of Los Angeles County Museum of Art and The Hammer Museum (Los Angeles). In 2016, Jessica Silverman Gallery published a catalogue featuring Manley’s “New York Times Paintings.” Manley has a BFA from California Institute of the Arts and an MFA from University of California, Los Angeles. He is represented by Marianne Boesky Gallery in New York and Jessica Silverman Gallery in San Francisco. He lives and works in Los Angeles, CA.