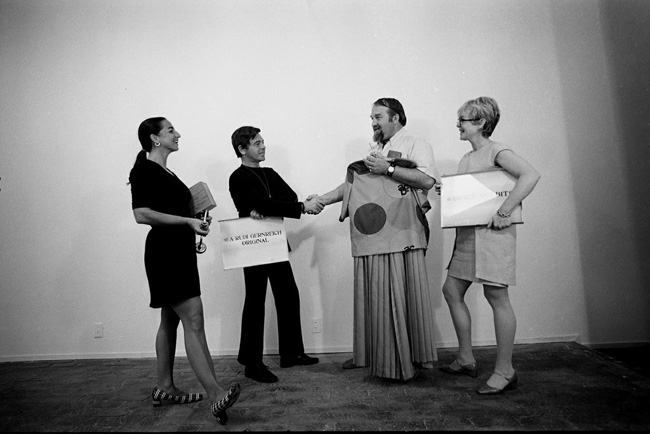 Ed Kienholz’s seminal exhibition at Eugenia Butler Gallery in 1969, entitled Watercolors (also known as “The Barter Show”), consisted of subtle watercolor washes on 12 x 16 in. paper, which he bartered for the sums, objects, or experiences painted on them. Originally, patrons brought the items he requested to the opening and traded them for the works in the show.

For this tribute, a group of contemporary artists were commissioned to create works, following Kienholz’s guidelines, that were bartered at Barney’s Beanery on April 10th, 2012. The commissioned artworks were presented on-site for guests to view and barter throughout the evening. Interested parties brought their barter objects to the event at Barney’s Beanery, and traded for the artwork on-site, as participation in the tribute itself. The works were on display at LAND’s exhibition space through April 21, 2012.

Check out some great photos from the event on LA Louver’s blog here.

Special thanks to Barney’s Beanery.