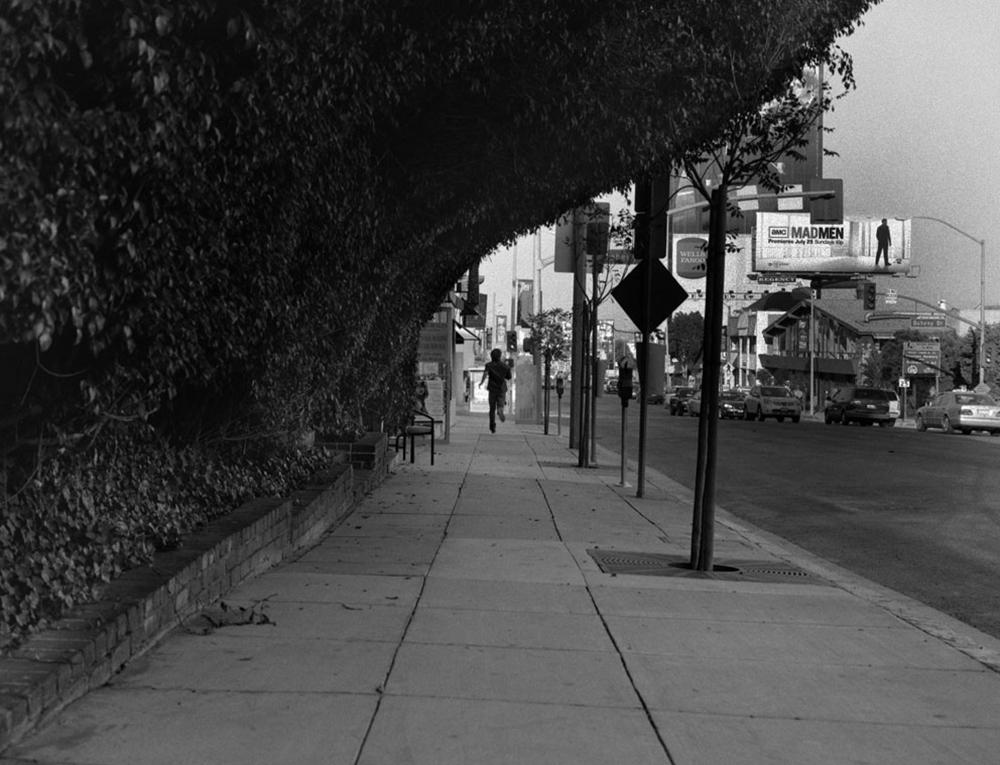 The Distance Between You and Me

Guadalajara-based artist Gonzalo Lebrija exhibited three black-and-white films on three separate Videotrons – high-resolution LED monitors generally used for advertisement – on Sunset Boulevard. Collected under the title The Distance Between You and Me, 2009, each film depicted the artist fleeing from the camera in one of three California locales: Joshua Tree, Death Valley, and Yosemite. The elegiac feel of Lebrija’s films, in opposition to their visually saturated, kinetic context, spoke to notions of urban-induced psychosis – a plaintive, self-critical “advertisement” that encourages its viewer to seek escape by any means necessary.

Each film played approximately every six-minutes throughout the exhibition.

Special Presentation: Lebrija’s films showed on the Videotrons for a full hour on January 27th from 7:00 – 8:00 PM.

This project was made possible with the generous support of Catharine and Jeffrey Soros. Special thanks to City of West Hollywood Arts and Cultural Affairs Commission.