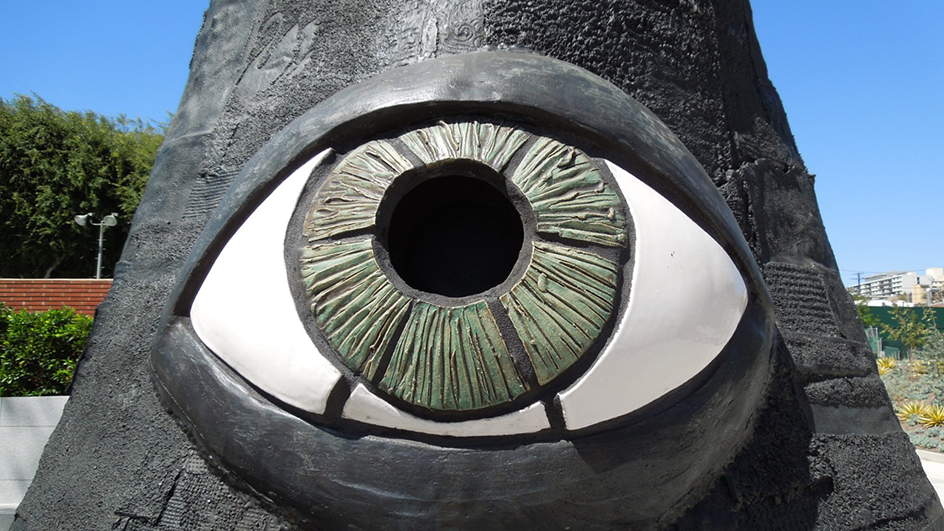 The Temple of Folly

Using the landscape of West Hollywood Park, Liz Craft created a sculptural installation entitled The Temple of Folly. The installation was comprised of a large teepee-like structure with two pervasive eyes and five Hairy Guys: otherworldly whimsical creatures that conjured a sense of intrigue and play.

Liz Craft is a Los Angeles-based artist who creates sculptures and installations “which are comprised of both found and made objects” that draw upon a variety of fantastical and hallucinatory sources. Craft’s work has been exhibited at the Whitney Museum of American Art, New York; the Santa Monica Museum of Art, Santa Monica; and the Migros Museum, Zürich. Her work is a part of the permanent collection at the Los Angeles County Museum of Art, Los Angeles, and the Hammer Museum, Los Angeles. In 2006, Craft received the Alfred van Bohlen Award.

Presented in conjuction with the City of West Hollywood through its Arts and Cultural Affairs Commission.