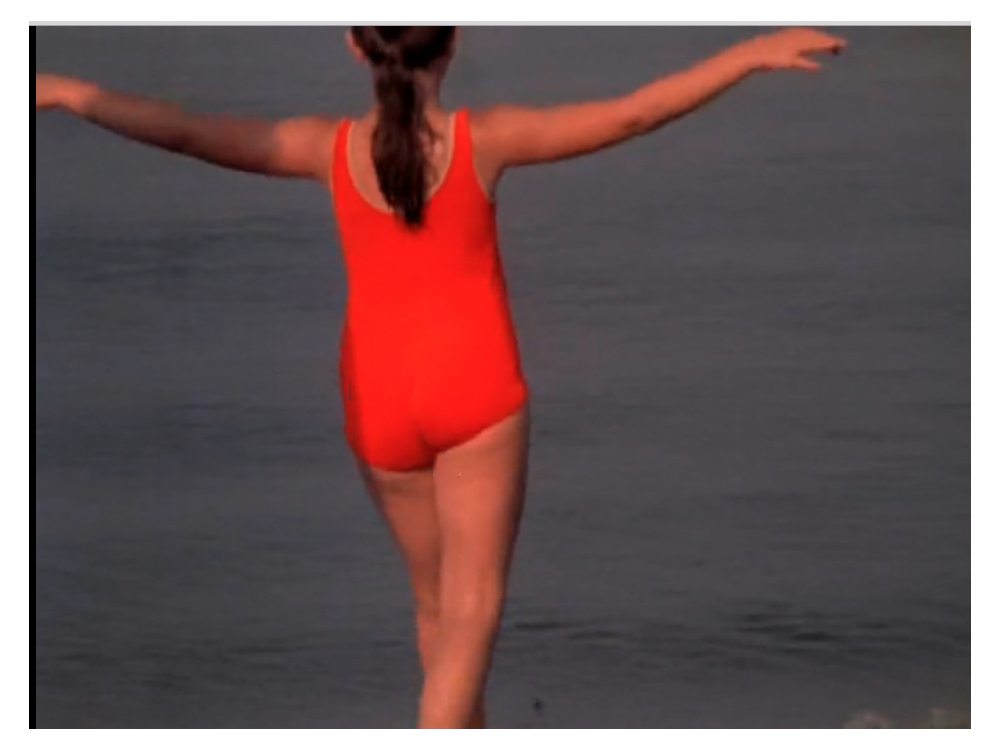 On the Verge of an Image: Considering Marjorie Keller

On the Verge of an Image: Considering Marjorie Keller was a group exhibition of sculpture, painting, photography, video, and performance centered on the themes present in the work of under-recognized avant-garde filmmaker Marjorie Keller (1950-1994), co-curated by Los Angeles-based artists Alika Cooper and Anna Mayer. Cooper and Mayer sought to establish the significance of Keller’s contributions to visual culture, and to make visible states of being that are difficult to articulate or are deliberately avoided by mainstream culture. The exhibition considered Keller’s insistence on occupying a position not easily consumed by a singular ideological agenda. Her films were significant in the way they make clear the primacy of bodily engagement as a place from which to critique the status quo. Cooper and Mayer chose contemporary and historical works that explore the material aspects of vision and the act of envisioning, along with artists who have created commissioned site-specific works, responding directly to these themes within the context of the Gamble House. Included works range from figurative/representational painting and film to process-based sculptural works and performances that register the presence and absence of bodies and objects. In honor of Keller’s complex relationship to the feminism of her time, On the Verge of an Image: Considering Marjorie Keller presented artworks from multiple perspectives and stances.

The exhibition was presented at the historic Gamble House in Pasadena, CA, an outstanding example of American Arts and Crafts style architecture. The house and furnishings were designed by architects Charles and Henry Greene in 1908 for David and Mary Gamble of the Procter & Gamble Company, which is a landmarked historic site for the public, owned by the City of Pasadena and operated by the University of Southern California. The domestic setting and exploratory nature of navigating throughout the house to discover the works in the exhibition framed the significance of the familial and the familiar in Keller’s work.

The exhibition was on view October 8 – December 11, 2016, at the Gamble House with exhibition specific tours on Saturday and Sunday. LAND presented various programs throughout the run of the show, including a screening and performances.

Support for this exhibition was provided by MATCHESFASHION.COM, the global luxury-shopping destination for men and women, bringing together a modern edit of over 400 established and emerging designers. Experience MATCHESFASHION.COM online, in its London stores, and at No.23, its private-shopping townhouse. With over 25 years in luxury fashion,  MATCHESFASHION.COM delivers to over 140 countries and offers 24/7 advice through MyStylist, its dedicated fashion-concierge team.

Product donation for this exhibition was provided by B&O Play. Firmly grounded in decades of design excellence, craftsmanship and product innovation from Bang & Olufsen, B&O PLAY interprets the same values for a new type of contemporary products aimed at design-conscious urbanites with an active lifestyle. The B&O PLAY portfolio is made up of products, that are intuitive to use and easy to integrate into your daily life – at home or on the move.

VIDEO WORKS IN THE EXHIBITION:

Select videos that were part of the exhibition are viewable at the links below.

Trulee Hall, Side By Side By Suggestion

Paul Pescador: The Visitors
Performance and screening as part of
On the Verge of an Image: Considering Marjorie Keller
Thursday, November 3, 2016
7:30pm
The Gamble House:
4 Westmoreland Place
Pasadena, CA 91103

As part of LAND’s exhibition, On the Verge of an Image: Considering Marjorie Keller, artist Paul Pescador presented an associated performance and screening. The Visitors is a short film shot inside Pasadena’s historic Gamble House. In the film, hand-drawn and stop-motion animation illustrate personal narrative, telling the story of two young brothers visiting their aunt’s house for a long weekend. These boys constantly find themselves getting in trouble as they wander through the Gamble House and the surrounding neighborhood.

In her brief life, Marjorie Keller (1950-1994) made nearly thirty films in her own distinctive cinematic voice. From her earliest efforts in the late 1960s, Marjorie was attracted to film’s potential to portray the complexity of private events and personal relationships, mostly in response to family life. With an introduction by Steve Anker, this rare screening presented several of her films as they were originally intended, as 8mm or 16mm prints (blown-up from 8mm camera material). Films include:

This program was co-presented with Los Angeles Filmforum under the generous supervision of LA Filmforum Director Adam Hyman. Los Angeles Filmforum is the city’s longest-running organization dedicated to weekly screenings of experimental film, documentaries, video art, and experimental animation.  Steve Anker, former dean of the School of Film/Video, has also served as director of the San Francisco Cinematheque and as artistic director of the Foundation for Art in Cinema. He holds an MFA in Filmmaking and Film History from Columbia University and served for many years as professor of film at the San Francisco Art Institute.