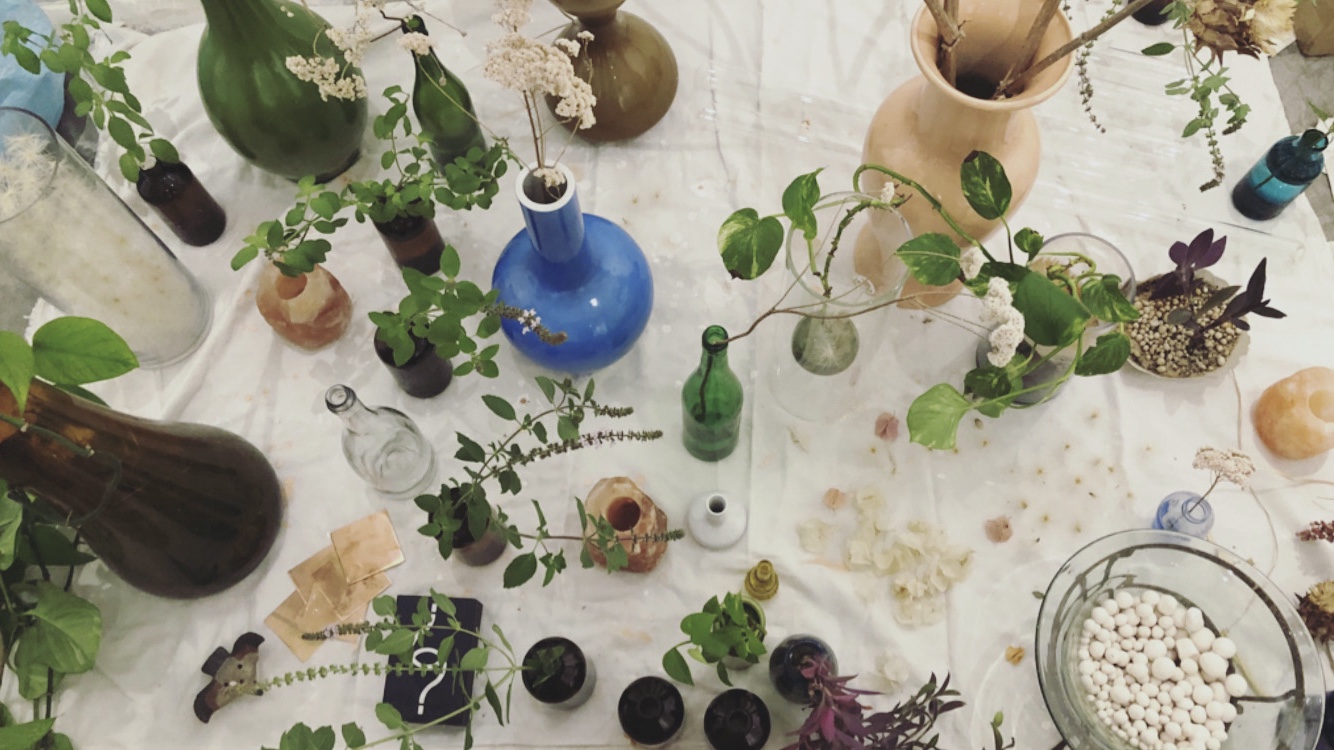 the galactic wave is a participatory music and movement performance, to awaken the innate awareness of our fundamental interconnectedness, tipping the scales towards our continuous evolution into unity consciousness.

Lani Trock is a multi-disciplinary artist based in Los Angeles. Through archival research, audiovisuals, movement, sculpture, and immersive, participatory installations, she works to facilitate planetary evolution into unity consciousness. With a practice centered in world-building, she frequently utilizes fragile, evolving and ephemeral materials, exploring non-attachment, slowness and deep patience. With an awareness of this universe as a fundamentally interconnected, symbiotic organism, all aspects are honored as equally essential for their unique contribution to the collective whole. Her work envisions alternative future paradigms that embody a cultural shift away from scarcity, commodification and competition, in favor of abundance, collaboration and mutual benefit. The primary objective of her practice is to advocate for the peaceful evolution and spiritual elevation of humankind.

Josh Johnson is a saxophonist, keyboardist, multi-instrumentalist and composer. He has performed extensively with the likes of Jeff Parker, Kiefer, Makaya McCraven, Miguel Atwood-Ferguson, Leon Bridges and Marquis Hill. Johnson can be heard on records by all of these artists, as well as records from the Chicago Underground Quartet, Jeremy Cunningham, Mark de Clive-Lowe, Dawes, Dexter Story, Louis Cole and Joshua White. Since 2018, Johnson has been the musical director, keyboardist, and saxophonist for Leon Bridges, which has taken him to Europe, Asia and Australia. Highlights of his time with Bridges include sold-out performances at Radio City Music Hall, Greek Theater, and the Hollywood Bowl. As a composer, Johnson has written music for many of his own projects, including the bands Snaarj and Holophonor, in addition to writing music for commercial use. He recently contributed arrangements to Sara Gazarek’s album “Thirsty Ghost”, which was nominated for two Grammy awards. In 2015 Johnson was commissioned to compose an hour-long piece by the Los Angeles Jazz Society. His resulting multi-media work “UNREST” takes an unflinching look at the 1992 Los Angeles Civil Unrest, and was premiered at the Angel City Jazz Festival. Johnson currently resides in Los Angeles.

Listening to Nate Mercereau’s music feels like staring down a kaleidoscope. The songwriter, producer, and multi-instrumentalist surveys the fractured borders between sounds, and celebrates the beautiful moments where they collide. And when he’s not making his own music, he’s looking at the world of pop through his prismatic perspective —he’s produced or played on records by Jay-Z, Shawn Mendes, Lizzo, and The Weeknd, just to name a few. Moreover, Mercereau has learned that no matter what sounds he’s working with he needs to lean in close, to focus on the details. “When you keep zooming in on something, it keeps getting more detailed,” says the Los Angeles-based artist.

About Nomadic Nights:
Nomadic Nights are salon-style events, in roaming locations throughout the country, which reflect the diverse ways in which contemporary artists engage and present visual culture. As a departure from conventional formats, Nomadic Nights invites artists to present work, performances, and ideas that comprise the constellation of influences informing the overall creative practice.