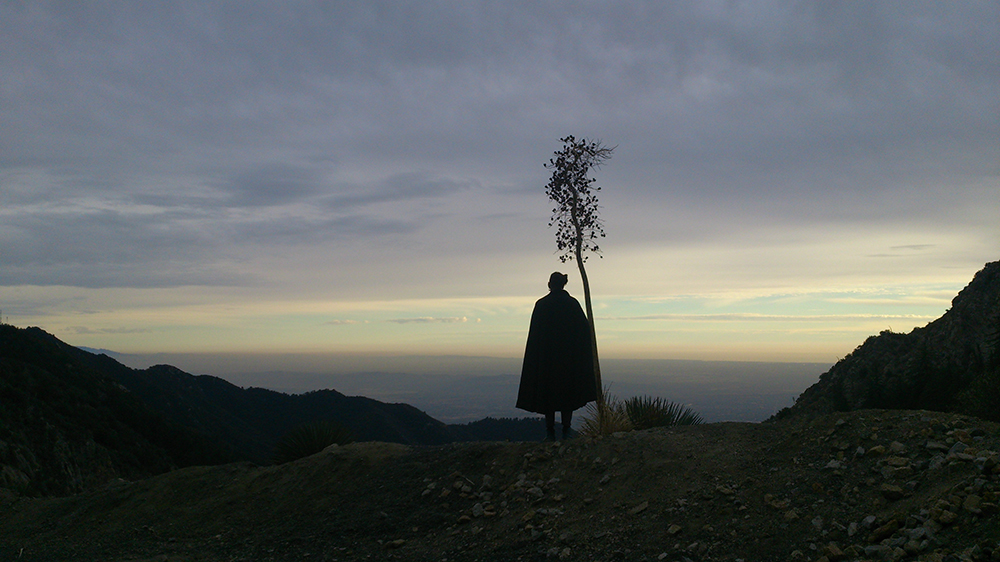 Ross’ site-specific performative project, Gabriel, was based around his intimate written communications with a prisoner named Gabriel, who was housed in a California Correctional Institution in Tehachapi, CA. In one of his letters to Ross, Gabriel wrote about a fantasy he had in which they are both lifted into the air from their respective homes and unite in his namesake mountains that he can see from his cell window: the San Gabriel Mountains. Using this site, Ross employed elements of Western ritual magic to invoke the Archangel Gabriel’s spirit and explored their sexual unification through collective fantasy and desire.

Jamie Ross (b. 1987, Canada) is a Montreal-based artist, filmmaker, and writer whose work blurs the lines of fact and fiction in its exploration of history and preoccupation with societal projections into the future. Personal psychogeography and senses of place are abiding interests, along with creating and documenting queer community based on a sincere engagement with magic and ceremony.