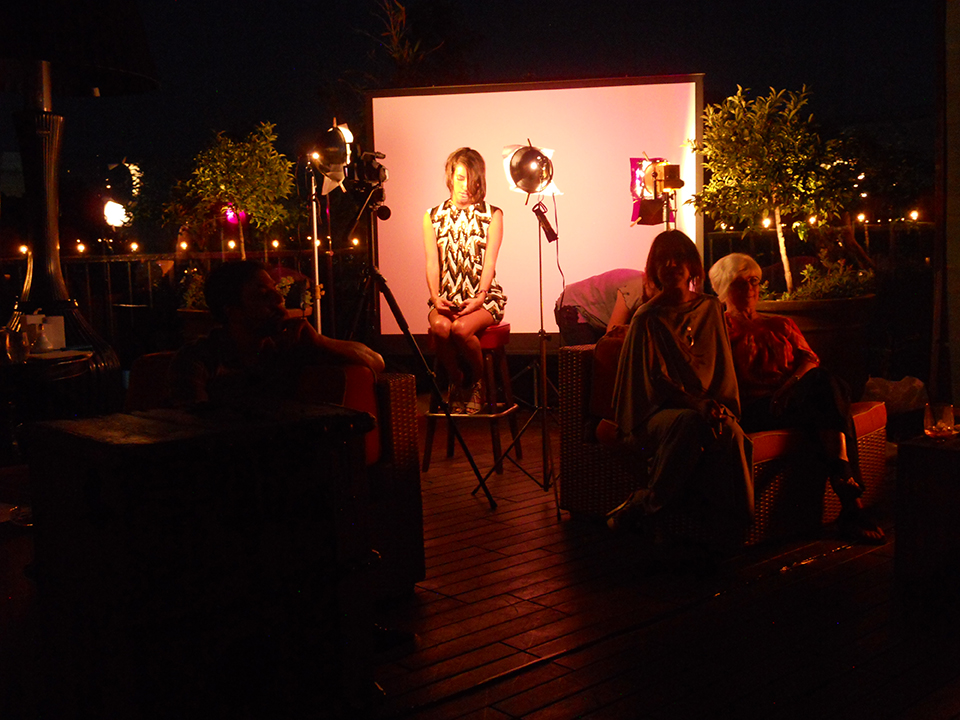 Using pop culture references and the genre conventions of Hollywood cinema as a starting point, the videos of Los Angeles-based artist Michele O’Marah explore the socio-political subtexts present in popular narratives. Both reverent and critically deconstructive, her work reflects on the pleasures of popular film with an exuberant sense of style – one that does not hide its low-tech handcrafted illusion. At a time of ever-present sequels and remakes, O’Marah shows us how to revel in the pleasures of remaking and re-watching.

For this Nomadic Night, O’Marah presented excerpts from an ongoing project, based on the Warhol Screen Tests, comprised of three-minute portraits of artists from the Los Angeles art community. The artist also shot Screen Tests of this evening’s attendees on site.