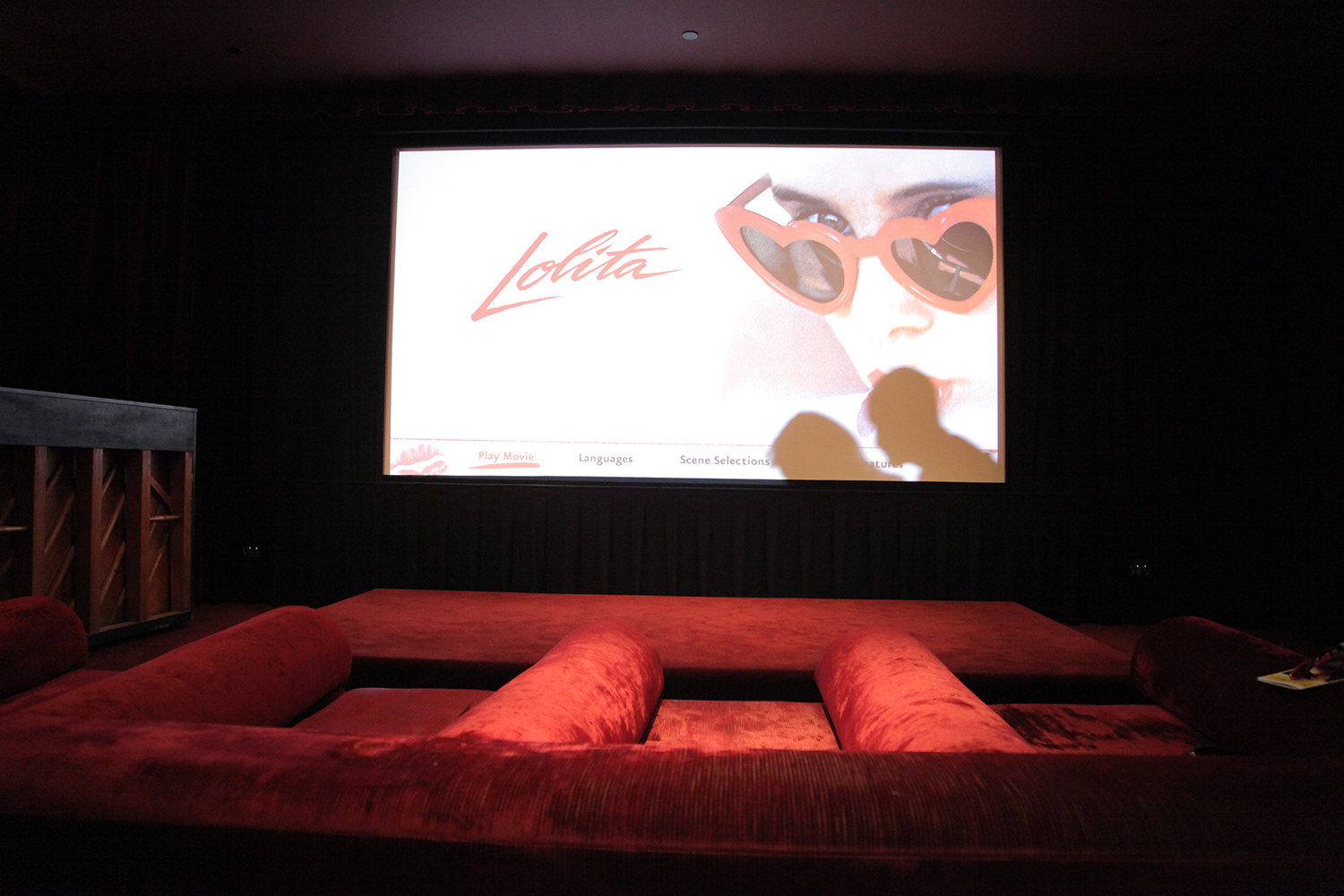 Utilizing the intimate and plush setting of the Soho House West Hollywood’s Screening Room, New York-based artist Jen DeNike presented her own version of Stanley Kubrick’s Lolita with the presentation of both a video and performance that dialogs with the film’s allure of the character Lolita. The performance transformed the room into a live theater, activating not only the screen but also the aisles, corners, and physical space created for each viewer in their seats. The event involved participation from the audience, live music, actors, and choreographed sequences. Using a montage of reconstructed film stills taken directly from Kubrick’s Lolita, DeNike created a narrative that collided and intersected with the performance. Senses were tantalized on all fronts – from the lushness of the screening room, to the actors and actresses that interacted with the audience, to the original piano score, performed live by composer Jay Israelson, which punctuated the film and performances.