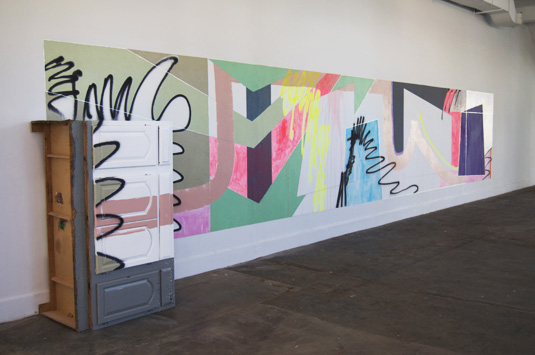 As part of Nothing Beside Remains, Cain created a site-specific installation for the first floor of the former Masonic Lodge entitled Forget me not, throughout the fall of 2011 and into 2012. A series of new paintings, this installation explored, in both concept and imagery, the forget-me-not flower – a Masonic symbol later co-opted unknowingly by the Nazi’s. Conceptually, Forget me not dealt with themes such as belief systems and doubt, double meanings and faith.