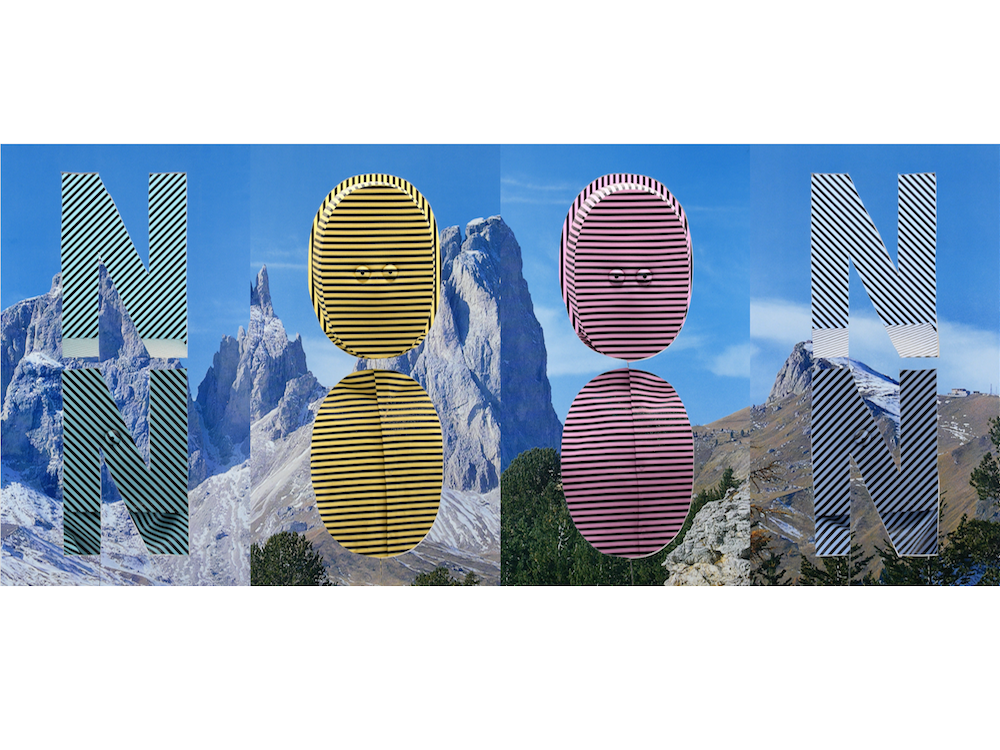 A Toyota’s a Toyota

The Desmond
5514 Wilshire Boulevard
Los Angeles, CA 90036
Opening reception: Saturday, December 12, 2015
6 – 9pm
December 12, 2015 – January 6, 2016
11am – 5pm
LAND presents a site-specific exhibition of newly commissioned works by Los Angeles-based artist Brian Bress at The Desmond (formerly Desmond’s Department Store), an Art Deco landmark on Miracle Mile. The exhibition, A Toyota’s a Toyota, includes a large-scale video projection, entitled NOON NOON, and a six-channel HD monitor “window display” installation, entitled The Desmond Six. Both works feature painted panels – bucolic mountain landscapes in NOON NOON and a white and grey grid mimicking the architectural windows on the building’s façade above in The Desmond Six – which are cut through from behind to reveal candy-colored striped cartoonish figures, both bulbous and cylindrical, tightly positioned within the picture plane. NOON NOON mirrors itself on opposing walls, while the cutting of each of the letters of “NOON” are slowly revealed, again mimicking itself as each letter is cut. The titular referent to the abstraction of language through the use of palindromes and mirroring forms is furthered in The Desmond Six. The silhouetted figures that inhabit the monitors in this piece oscillate between camouflage and presence, shifting and altering the spaces of the structures in which, and on which, they appear. The video works in the exhibition explore the barrier between space and perceived space, and reflect an alternate reality to that of the viewer or passerby on Wilshire Boulevard.

The exhibition will be open every day (except Christmas Eve/Day and New Year’s Eve/Day) from 11am-5pm from December 13, 2015 through January 6, 2016, and by appointment.

This program was made possible in part by a grant from the City of Los Angeles, Department of Cultural Affairs and with support from Lori DeWolfe. Special thanks to Guru Printers.