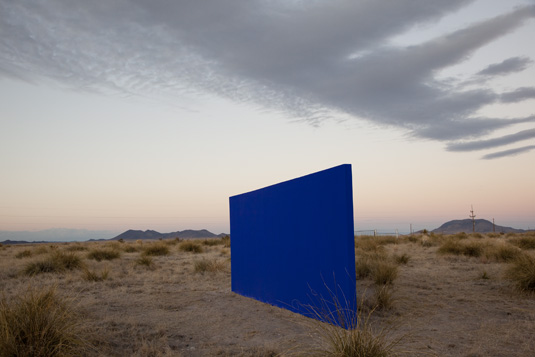 As part of Nothing Beside Remains, Weiser created an 8 x 20 foot wall, painted in a solid monochrome blue and situated in a large plot of desert land in Antelope Hills. Reminiscent of Yves Klein’s patented color, the installation slowly degraded over the course of time. Cracking and eroding under the harsh desert conditions, the work functioned to record and internalize its own history of surface and pattern.