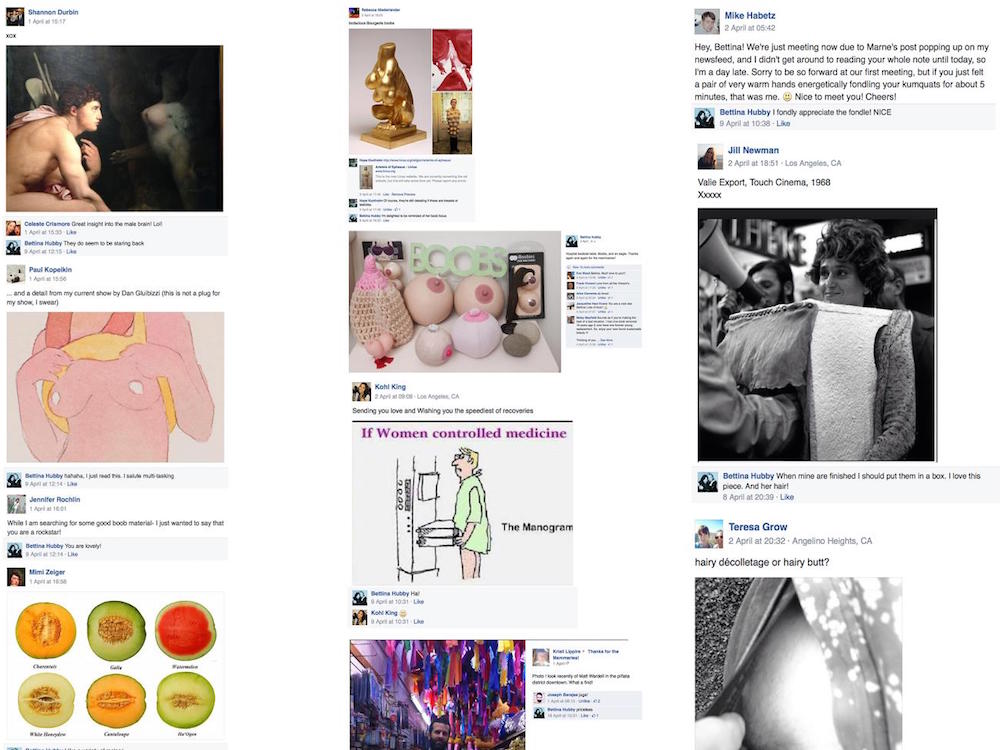 The work chronicled the Facebook dialogue surrounding Hubby’s diagnosis of breast cancer and subsequent double mastectomy in 2014. When Hubby learned of her diagnosis, she reached out via Facebook to her friends and community to submit, “boob-related imagery”. The work was a compilation of the more than 100 submissions she received, representative of Hubby’s inherently collaborative artistic practice that utilizes humor to strengthen community bonds.

Alongside the installation, limited-edition artist objects created by Hubby were for sale, with all proceeds benefitting the Cancer Support Community at the Benjamin Center in Los Angeles.

The installation was open for viewing Monday through Friday, 11am-5pm, beginning Monday, October 5, 2015.

Special thanks to Klowden Mann.