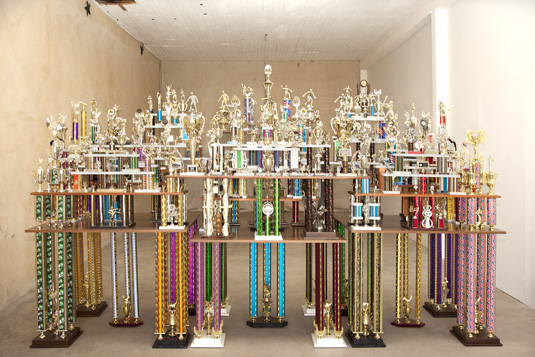 Search for Ironed Curtain and Second to None

As part of Nothing Beside Remains, Rocklen presented two projects: a new commission entitled Search for Ironed Curtain, wherein the artist installed a series of custom-made fabrics in windows throughout Marfa, creating a “painting” to be viewed from the turret of the Presidio County Courthouse, that spanned the town, and Second to None, a construction of discarded trophies installed at 121 North Highland Avenue.

Second to None courtesy of the artist and UNTITLED, New York.

Specials thanks to the Marfa Chamber of Commerce and Marfa Realty.