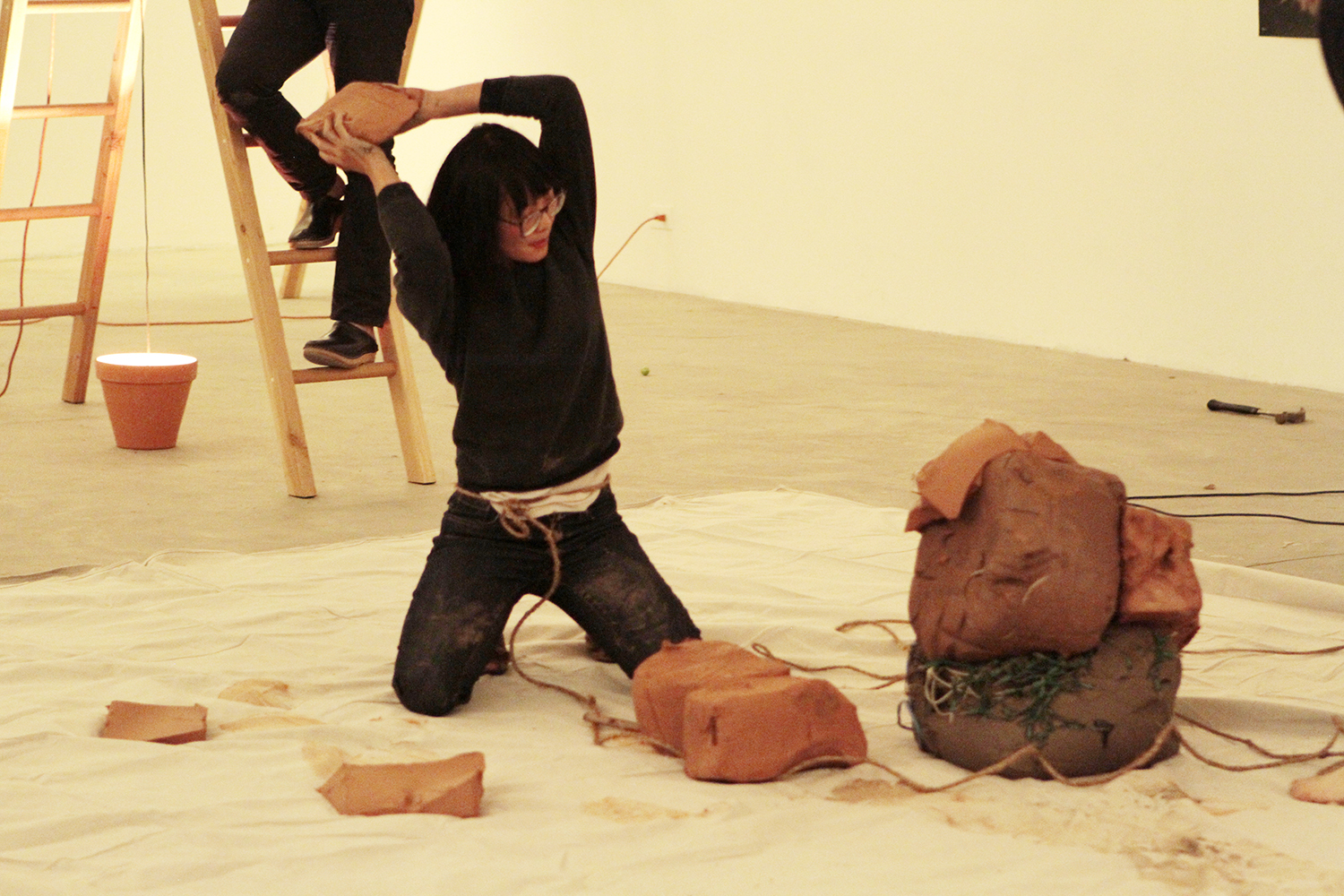 On Sunday, March 17, 2013 LAND (Los Angeles Nomadic Division) presented Nomadic Nights: Anna Sew Hoy, Math Bass, and Claire Kohne from 6-8pm at Human Resources. The multimedia performance consisted of Anna Sew Hoy and Claire Kohne rolling clay balls on a large canvas tarp placed on the floor of the gallery space, while Math Bass used amplified sound and her voice to narrate the performance and read her poem, “Holes,” which she wrote in 2010. Sew Hoy and Kohne were joined at the waist by a long piece of rope which snaked around the floor, creating an undulating line as the artists moved.

Guests were encouraged to contribute to the performance by bringing miscellanea (such as pennies, chains, beads, string, costume jewelry, phone cords, old cables, rope, shoe laces, etc.) to place on the floor to be picked up by the ball of clay that was rolled around the gallery space during the performance.

The clay left marks tracing the artists’ movements on the canvas tarp which functioned as the performative residue at the conclusion of the performance.

Special thanks to Human Resources.

When I am making my clay orbs, I’m like a determined coach, punishing headmistress, and construction worker, rolling, smacking, whacking and coaxing the ball into shape. It’s exhausting work. I have to put my back into it. When Claire is around, we become a two-headed hydra, working the clay together. The ball is like the world, encompassing everything. Math vocalizes, reports on what we are doing, and sends commentary from her position in the room. Our positions in the room continue to revolve. We are like planets making planets.