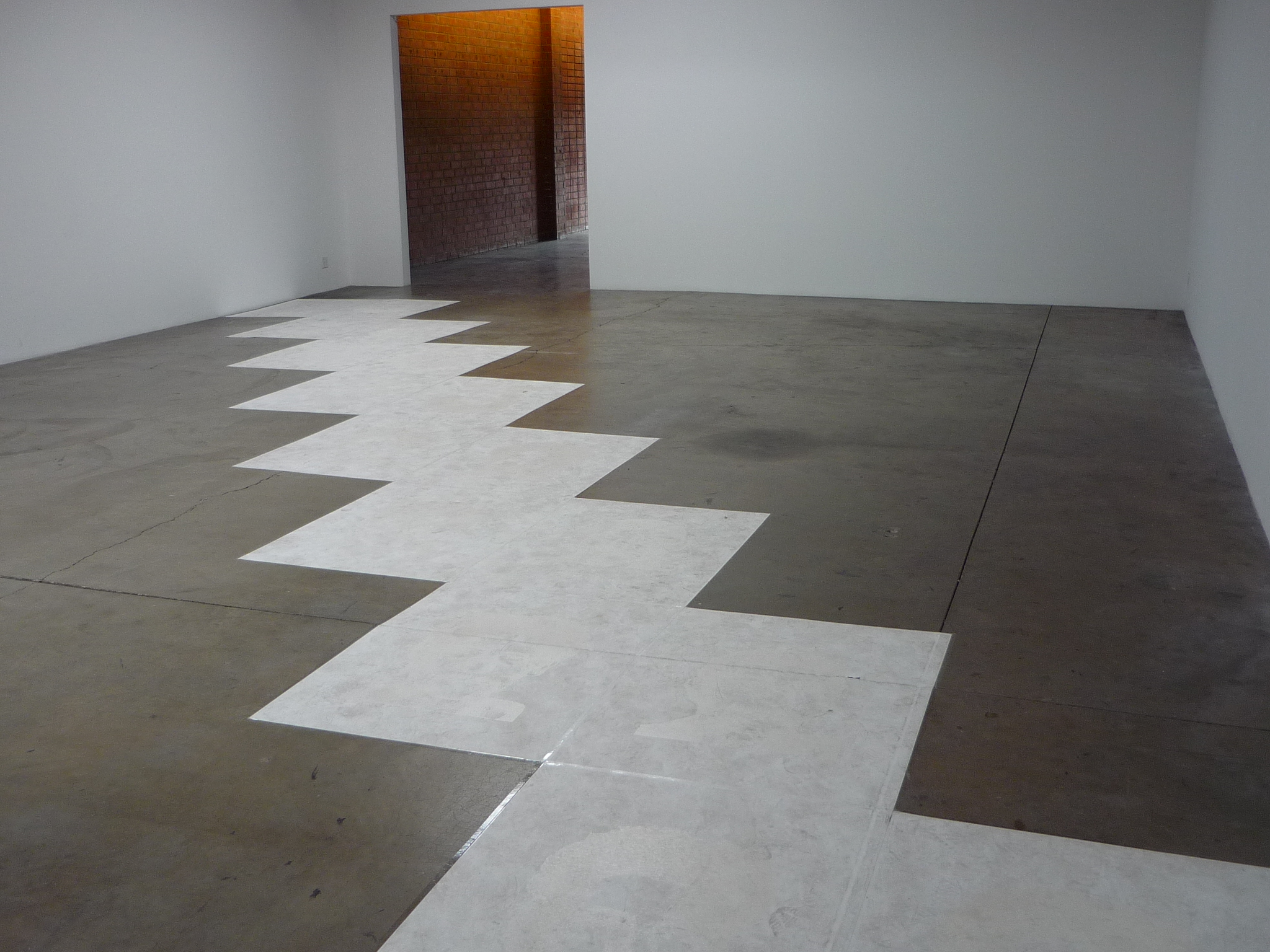 An enlarged copy of the artist’s recent visa denial letter was installed on the museum’s façade, a letter that he received attempting to visit Los Angeles to conceive his project. Select phrases of text were attached to the canopy support beams, their content ranging from related metaphors to well-known quotes.

Finally, the entryway was covered with a series of initially hidden images, collecting dirt as spectators entered the museum to reveal a group portrait, combinations of the features of Mexican’s who entered American territory illegally, conceived offspring, and were deported – imprinting Latin American features on the American populous despite their absence.

An extension of this portion of the project was re-presented onsite at LAB, specifically reconfigured to engage with the renegotiated site. Moris’s interventions engage spaces of transition – whether describing a conduit hallway from one gallery to the next or defining the site of entrance/exit – while simultaneously evoking individual histories as subject to lived experiences of “invisibility” or “disappearance,” literally and conceptually.

The activated works are available for purchase as an artist multiple.