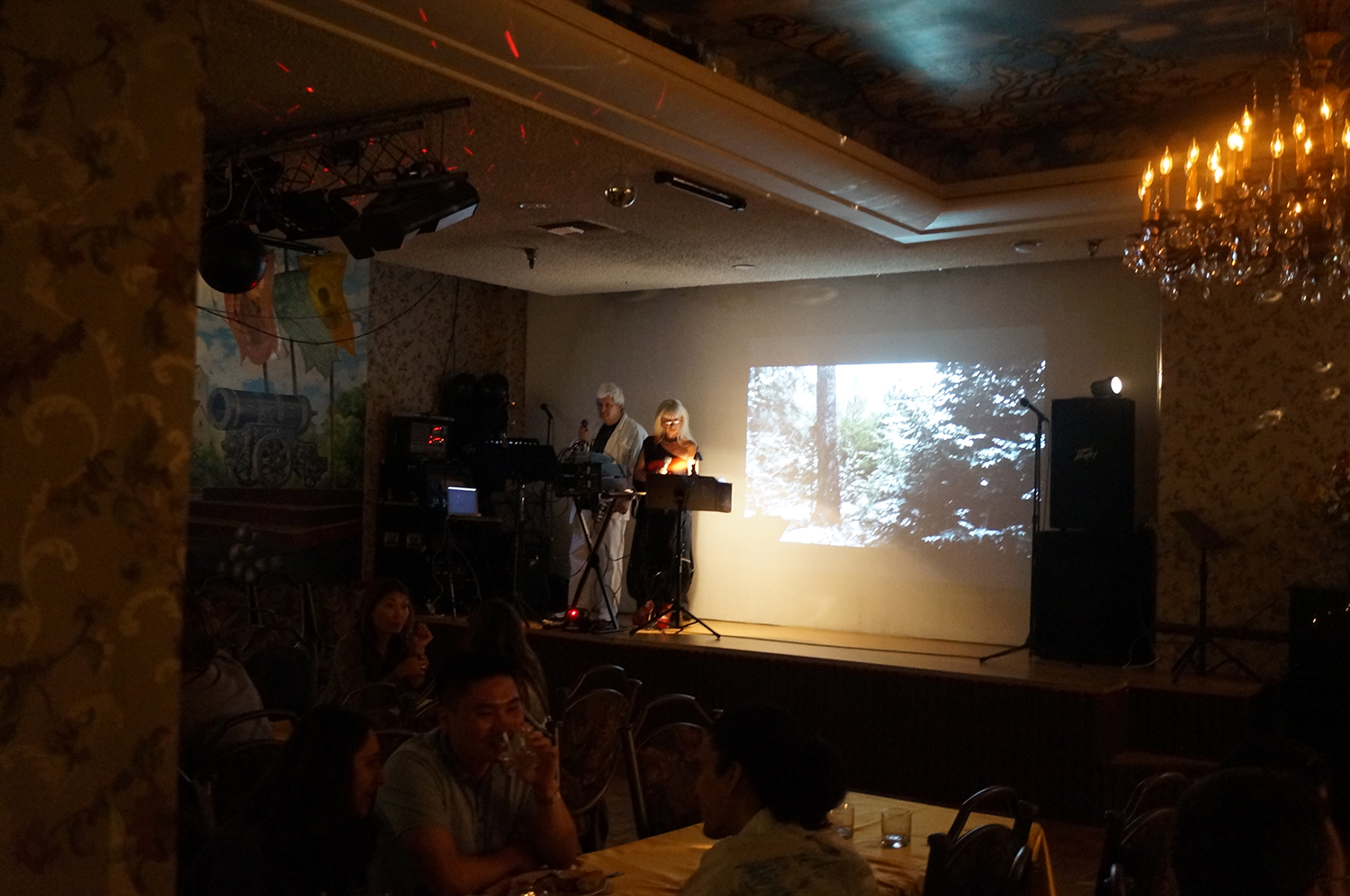 For this Frame Rate, Kon Trubkovich presented his work in progress, tentatively entitled, what did we destroy to get here. The video work depicts Trubkovich’s relatives in Russia singing their favorite popular American songs from their youth; however, since none of them speak English, all of the songs were learned solely on a phonetic basis. The work investigates the relationship between time and memory, and the complexities of mediated translation in our society.

This event took place at Russia Restaurant, where the work was accompanied by live performers, who sang select songs from the video. A Russian dinner and libations were served.

Kon Trubkovich is a New York-based artist whose paintings and video works use old VHS video as the foundational source. Trubkovich extrapolates from the digital static created by pausing and splicing the film to create nostalgic glimpses into the past. His work has been exhibited at the MoMA PS1, Long Island City; the Macro Future Museum, Rome; and Kunstmuseum Bern, Bern.

Frame Rate is a programming series with an eye toward film, video, and the moving image in general.