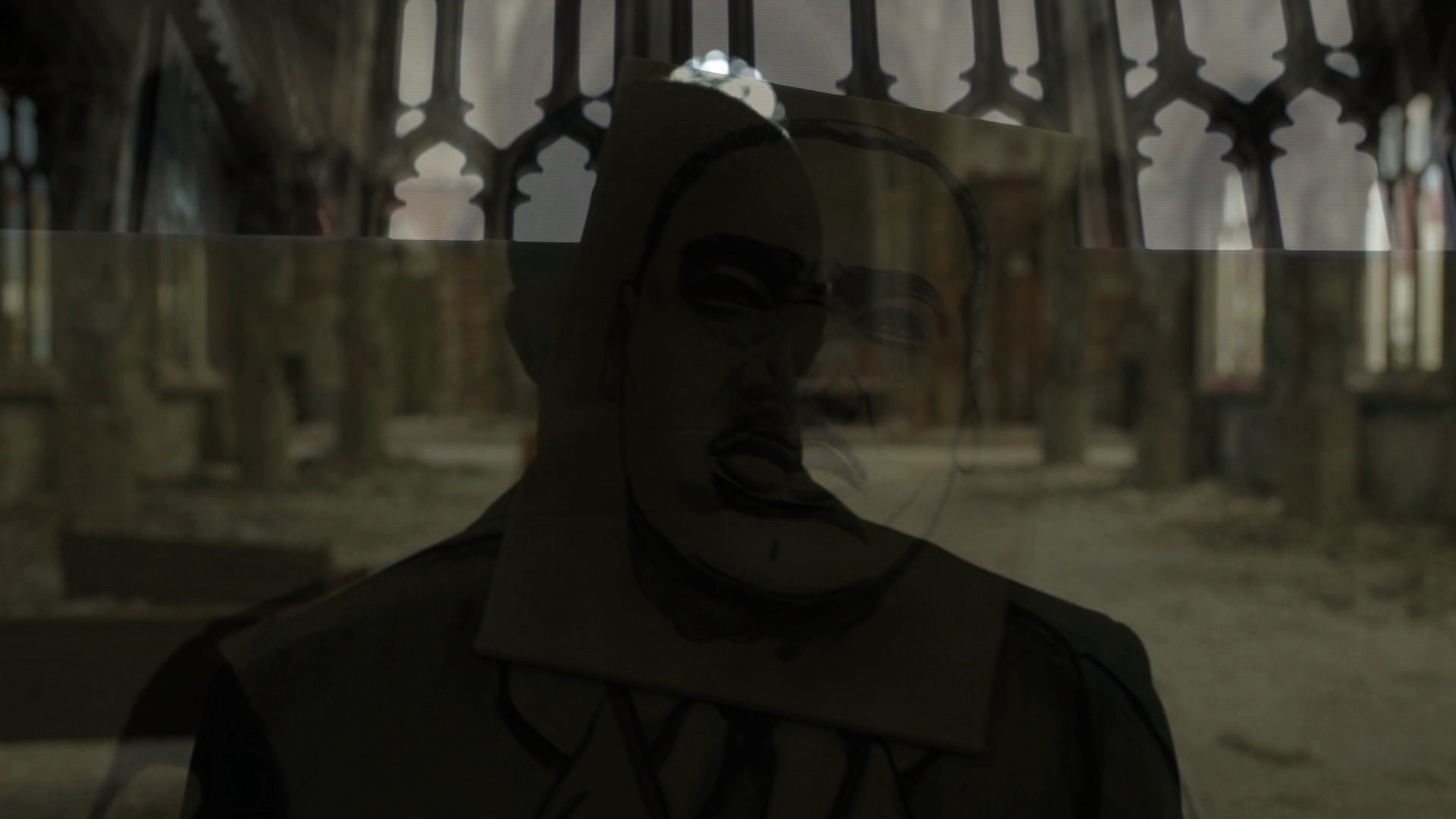 LAND presented a screening of Edgar Arceneaux’s feature-length film, A Time To Break Silence, which links two events of the 1960s – the assassination of Dr. Martin Luther King and Stanley Kubrick’s dystopian film 2001: A Space Odyssey – as a means to ruminate on their legacies and implications for the future of American cities. The film was scored live by Ray 7 of the Detroit techno innovators Underground Resistance, who produced the musical elements for the film. It was presented in the context of two related video works, which were simultaneously projected on the side walls of Riverside Studios, a former manufacturing space-turned-artist studios along industrial San Fernando Road. Following the screening, DJ Dex (AKA Nomadico) of Underground Resistance performed a set.

About A Time To Break Silence:

A Time To Break Silence is titled after Dr. King’s last major speech, “Beyond Vietnam,” in which he decries U.S. involvement in the war as an “enemy of the poor.” King was killed exactly one year later in 1968, two days before Stanley Kubrick’s 2001: A Space Odyssey premiered in Washington, D.C.  In Arceneaux’s film, Dr. King reprises his speech in Detroit’s Saint Anne’s Church, which figures as a timeless ruin, while a prehistoric man named Stargazer aimlessly explores his alien environment.  Both 2001: A Space Odessey and Dr. King’s speech address technology in dual terms, as tool and weapon, a link amplified by Arceneaux’s collaboration with Underground Resistance. With these two intertextual references, Arceneaux’s film stages how the technologies we use are produced by the same evolutionary forces that produced us. In this film, Arceneaux uses a directing strategy he coined “Probality Mapping” which allows for improvisation to be mapped then overlayed with scripted performances.

Riverside Studios is located behind FLOORGATE. Parking was available in the adjacent Pep Boys lot .

Presented with support from BE. Beyond Entertainment