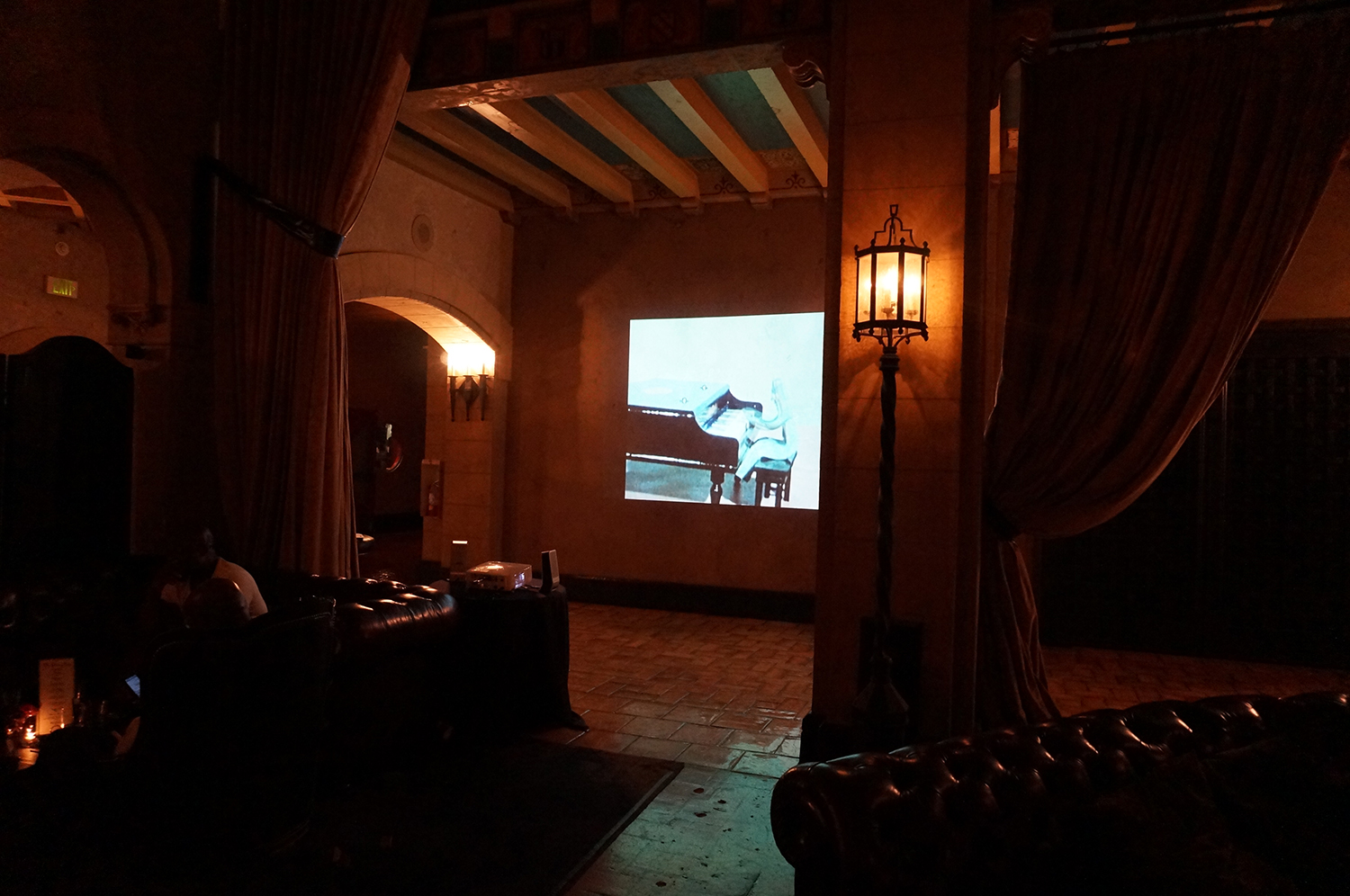 Using the lobby and The Spare Room at the Hollywood Roosevelt Hotel, artist Drew Heitzler presented a new video work, L.A. Music Part I. This video appropriates a scene from Art Clokey’s Gumby in which Gumby is seated playing the piano, though Heitzler has edited and altered the scene to have Gumby play a selection of atonal music from Los Angeles music history. Gumby thus functioned as the hotel’s lounge player for the evening, supplying guests and visitors with music from notable artists such as Black Flag, John Cage, The Doors, Frank Zappa, Slayer, La Monte Young, and Megadeth, among many others.

Drew Heitzler is a Los Angeles-based artist and filmmaker who creates installations that combine pre-existing films with various media (drawing, sculpture, photography, etc.) to confuse and investigate the role of time, site, and history. Heitzler’s work has been exhibited at the Whitney Museum of American Art, New York; MoMA/PS1, New York; and the Orange County Museum of Art, Orange County, among other notable institutions. His work is part of the permanent collection at the Museum of Contemporary Art, Los Angeles and the Whitney Museum of American Art, New York.

Frame Rate is a programming series with an eye toward film, video, and the moving image in general.

This Frame Rate was made possible in part by a grant from the City of Los Angeles, Department of Cultural Affairs.