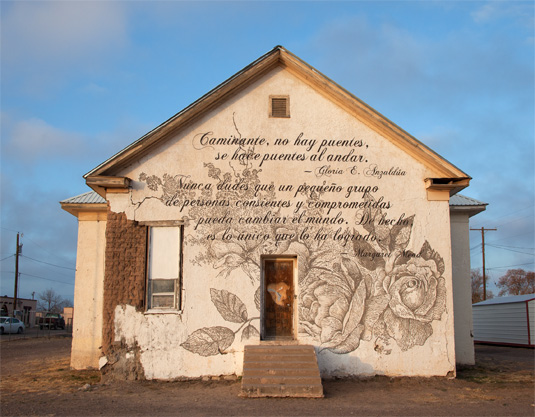 As part of Nothing Beside Remains, Bowers and Saldamando collaborated on a a mural for the facade of the Blackwell School – a segregation-era school for children of Latino descent. At the center of the mural was the Spanish translation of a quote by Gloria E. Anzaldúa (“Voyager, there are no bridges, one builds them as one walks.”) and a quote by Margaret Mead prominently featured onsite (“Never doubt that a small group of thoughtful, committed people can change the world. Indeed, it is the only thing that ever has.”).

Special thanks to the Blackwell School Alliance.