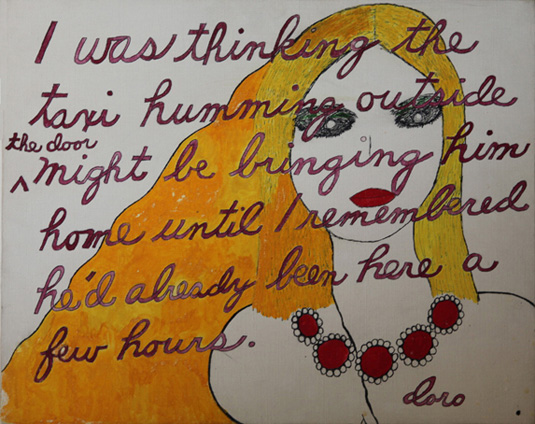 Iannone graduated Phi Beta Kappa from Boston University in 1957 with a degree in English Literature. She attended graduate school at Brandeis University, and began painting in 1958 after she married painter James Upham.

In 1967, Iannone met Icelandic multimedia artist, Dieter Roth, who became her longtime partner, muse, model, and subject in many of her paintings. While Iannone did not exhibit at Eugenia Butler Gallery, the gallerist actively collected her work.

Due to the explicit content of her work, Iannone’s art was often subject to censorship. Archives from the gallery reveal a letter from Butler’s husband, James G. Butler, a lawyer, giving advice to Iannone regarding her concerns that her work being sent from Düsseldorf would be confiscated at U.S. Customs. Butler writes, “In all probability we can clear customs. If I am wrong, you suffer the possible destruction of the paintings or that they will be sent to the Kinsey Institute [for Research in Sex, Gender, and Reproduction] in Indiana as additional examples of pornography.”