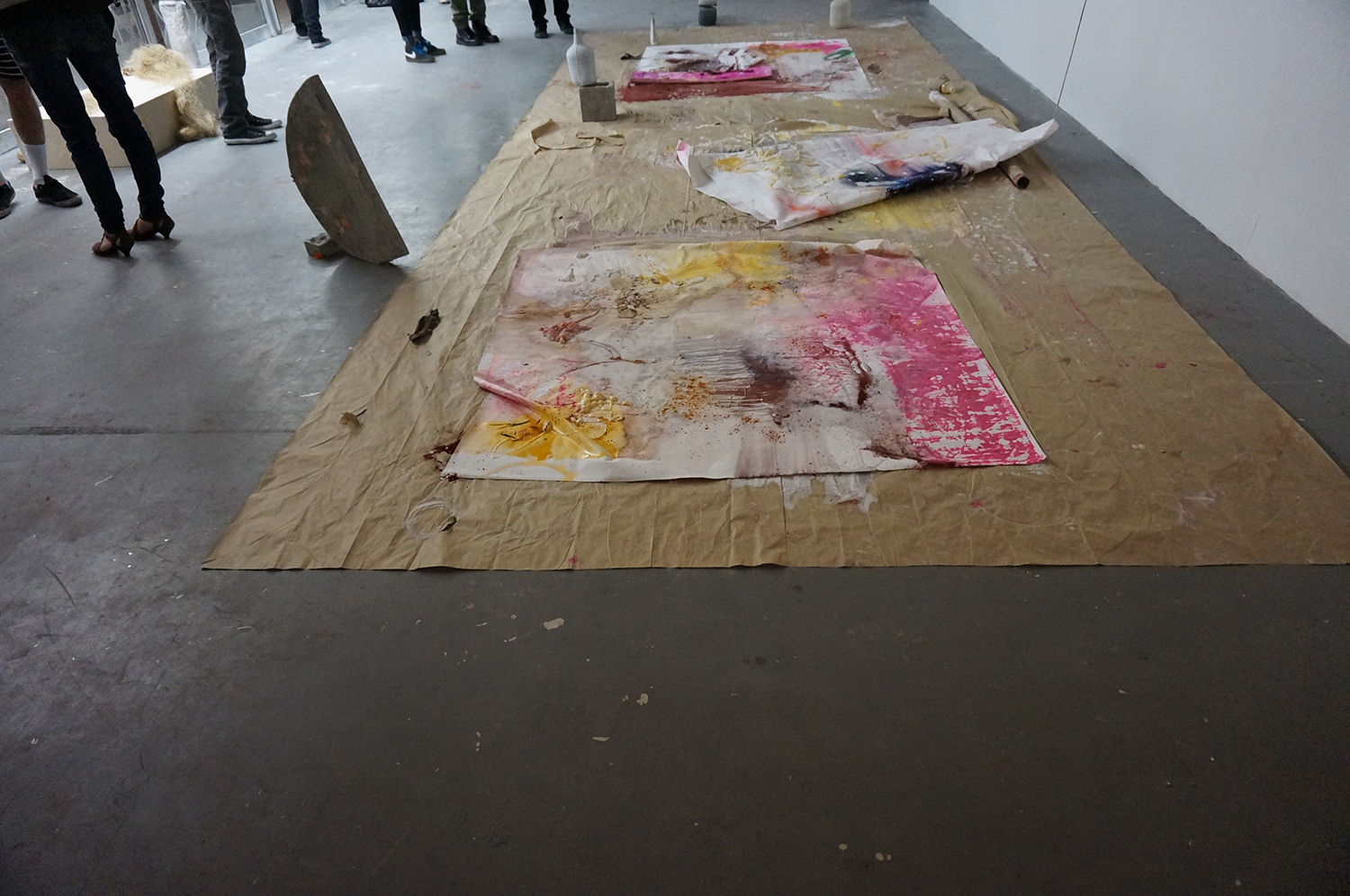 Come as you are…

From May 13th to May 30th, LAND presented Come as you are…, a rotating artist residency, performance space, and exhibition held at 8126 Santa Monica Blvd. West Hollywood, CA 90046.

Each of the three participating artists took up residency for a week’s time, during which they used the space to whatever end they conceived – a film shoot, a participatory exhibition, a performance space, a studio, and so on. Each residency offered a public component, but its format was unique to the artist’s work and process.

Come as you are… was made possible in part by a grant from the City of Los Angeles, Department of Cultural Affairs.

Brendan Fowler presented an evening of performances featuring his new vocal-based project, And Martin, along with performances by Karen Adelman and Dean Spunt. Karen Adelman is a classically trained opera singer and artist that makes “radio dramas” and uses her voice and recorded sound in her performative practice. Dean Spunt of the experimental punk band No Age, created sculptural sound objects by submerging tape recorders in clear containers of paint.

Fay Ray presented a collaborative installation with Katy Cowan, Shiva Aliabadi, and Marquita Flowers based on the gesture of the pour.

Fay Ray presented three new works where she created compositions of objects and ephemera that was offered to audience members as gifts.

The first Come as you are… artist was Vishal Jugdeo, a Los Angeles-based multimedia artist whose video works integrate sculpture and props, emphasizing theatricality and revealing process while enabling and encouraging a participatory interaction and viewing of the work.