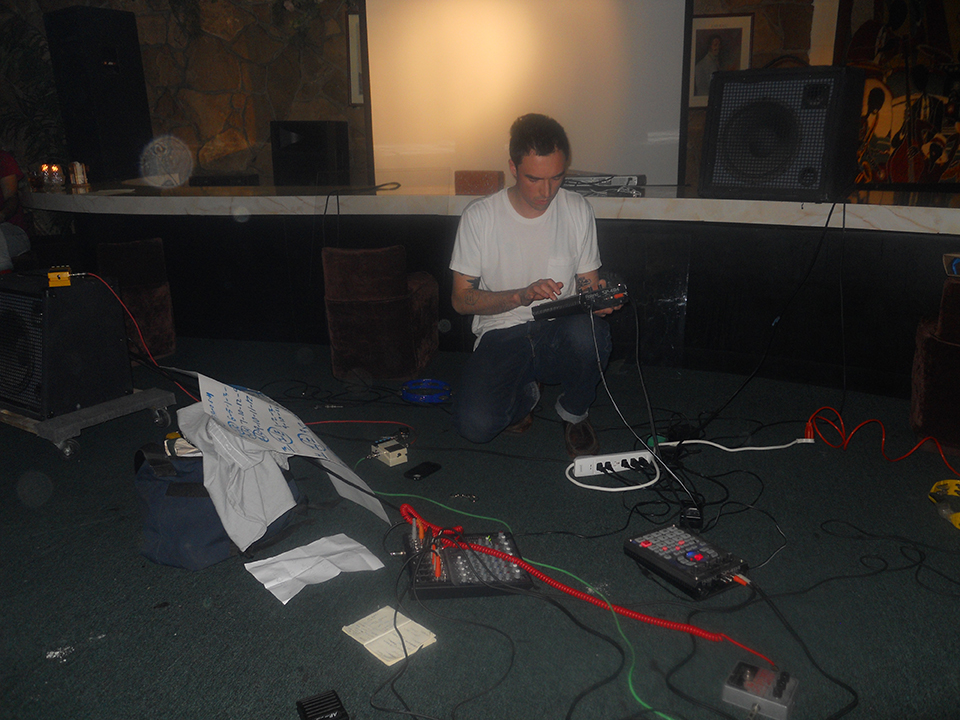 Brendan Fowler is a Los Angeles-based artist with a multidisciplinary practice focusing around sculpture and performance. For this Frame Rate he presented a selection of videos (below) and an audio performance by Stephen/Steven.

Autechre Live 26.4.2008 Osaka Japan (3:28)
bits of footage (of a band that plays in complete darkness…) the red lights are sean’s seqencer/drum machines. he did beats and rob did melodic stuff from what i could tell. a quick bit of massonix too, but he was thoroughly rubbish. some (very blurry) shots of said drum mchines too, pretty sure they were by elektron.

The English Language In 24 Accents (8:14)
Me attempting to do 24 different accents from my own country and from other countries around the world. Hopefully I got most of them right but I may have made mistakes and I can do some better than others. However, I made this video for my friends because I promised them I would do an accent video. I mean no offence to anyone and please don’t be upset if I have not included your specific accent or got it wrong.

Guyton \ Walker (6:08)
The team Wade Guyton and Kelley Walker (Guyton \ Walker) is presented and showing their work in the Ladonia Biennial 2009. http://www.ladonia.net